Are you seeking out scarce Pokémon in Pokémon Legends: Arceus to add to your team? Or maybe you're working on completing your Pokédex? Perhaps it's Shiny Pokémon that tickle your fancy. Whatever your motive, if you're tracking down Pokémon in Hisui, you'll want to take advantage of the region's mass outbreaks and massive mass outbreaks. These events feature large groups of wild Pokémon and can include almost every Pokémon that can be found in the Hisui region. They also provide a greater chance of encountering Shiny Pokémon—and they're a great way to find alpha Pokémon (including Shiny ones!). Here's how you can make the most of these Pokémon influxes. 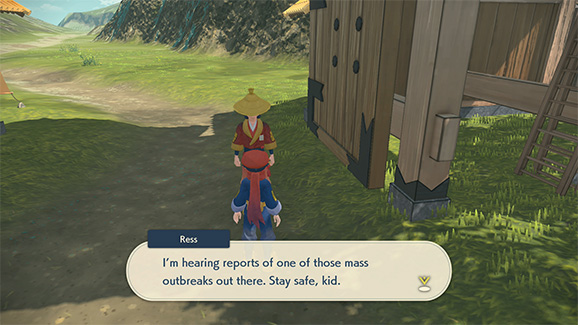 Once you've progressed far enough in Pokémon Legends: Arceus, the guard at the front gate—Ress—will occasionally warn you that a mass outbreak has been reported before you depart on an excursion from Jubilife Village. When the map screen opens, you'll see a Pokémon icon that shows you which Pokémon is congregating and where you'll find them.

During a mass outbreak, lots of a given species of Pokémon will appear in a location for a limited time. Although no more than four Pokémon will show up at once, another will appear soon after you catch or defeat one. You can typically expect to encounter about a dozen or so Pokémon in total. Mass outbreaks will end after you've caught or defeated enough Pokémon, but they can also end if you return to Jubilife Village or turn off your game. 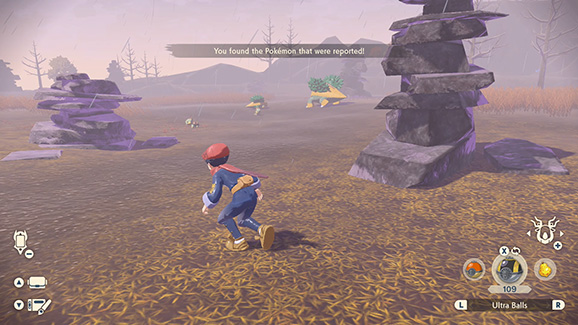 These mass outbreaks can contain rare species of Pokémon that don't normally appear often in the wild, such as the Sinnoh region's first partner Pokémon (Turtwig, Chimchar, and Piplup), smaller Pokémon (like Pichu, Cleffa, and Happiny), Rotom, and Hisuian Zorua. You might also encounter Pokémon that can evolve into Pokémon that have very high stats, such as Gible and Goomy, which eventually evolve into Garchomp and Goodra, respectively. 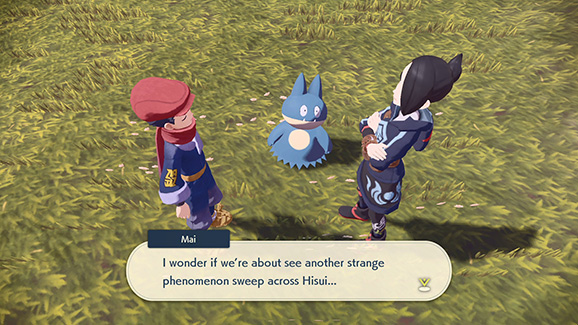 Recently, Pokémon Legends: Arceus received a free content update called Daybreak (Ver. 1.1.0), which introduced massive mass outbreaks—an event in which several mass outbreaks occur in the same area. These phenomena won't begin appearing in your game, though, until you've viewed the game's end credits. Once you've returned to the game, head to the Heights Camp in the Obsidian Fieldlands where you'll find Mai and her partner Pokémon, Munchlax. She'll give you Request 95: A New Anomaly, which begins a series of events that has you investigate these mysterious massive mass outbreaks.

Although there are fewer Pokémon at each location than what you would find during a mass outbreak, the multiple points of interest in massive mass outbreaks let you quickly look for lots of different Pokémon. Also, almost every Pokémon that can be found in the Hisui region may appear in a massive mass outbreak. They won't contain Legendary Pokémon or Pokémon like Porygon or Weavile, but they can contain extremely rare Pokémon like Unown, Spiritomb, and the Hisui region's first partner Pokémon (Rowlet, Cyndaquil, and Oshawott). 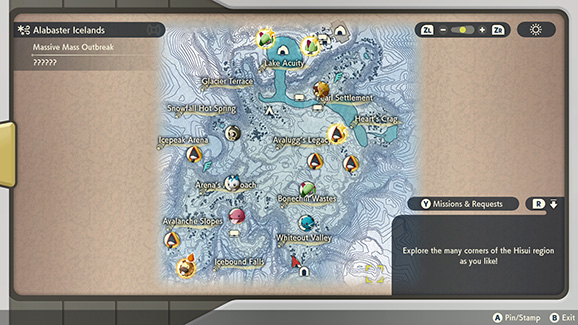 Although you don't initially know what Pokémon you'll find during these massive mass outbreaks until you travel to each location in the affected area, you can reveal the Pokémon's identities by giving Mai's Munchlax five Aguav Berries. This is absolutely worth it since massive mass outbreaks only last for a limited time, and you'll likely be able to visit only a few of the outbreak locations before they all disappear. With Munchlax's help, you can prioritize the Pokémon you'd like to focus on.

You'll also notice that some of the Pokémon icons on the map will have an extra symbol next to them—if it's marked with a star, another group of Pokémon will appear after you catch or defeat the initial waves. This secondary group may feature the evolved form of the Pokémon that first appeared there or a group of alpha Pokémon, also of the same species that first appeared there. Those alpha Pokémon even have a chance of being a Shiny Pokémon!

If there's a Berry symbol, you're likely to earn Aguav Berries as you catch and battle the Pokémon in that location. You will, of course, want to maintain a stock of these Berries to give to Mai's Munchlax, so be sure to visit these outbreak locations from time to time—even if they don't contain Pokémon that you're currently after.

Given the sheer number of Pokémon and variety of different species that appear during massive mass outbreaks, they're a terrific resource for filling out your team and your Pokédex.


How to Find Shiny Pokémon in Pokémon Legends: Arceus

Having a Shiny Pokémon or two (or six!) on your team is always a treat. These hard-to-find and differently colored Pokémon are a fun way to show off how dedicated you are to catching Pokémon. Unless you're extremely lucky, though, you have to be very dedicated to find a one. It's not unusual to play a Pokémon game for dozens of hours and not encounter a single one of these elusive Pokémon. Still, there are ways to greatly improve your chances of finding a Shiny Pokémon, and as we mentioned earlier, mass outbreaks and massive mass outbreaks are definitely the way to go in Pokémon Legends: Arceus.

Remember, even during outbreaks, Shiny Pokémon are quite uncommon. Don't become frustrated if you don't encounter one right away—stick to it, and you're bound to find one eventually!

Mass outbreaks and massive mass outbreaks are enjoyable new twists for tracking down wild Pokémon. Make good use of them, and your Pokédex and your team will be looking great in no time.

If your Pokémon Legends: Arceus Pokédex is missing some entries, this guide will help you find those elusive Pokémon.

If your Pokémon Legends: Arceus Pokédex is missing some entries, this guide will help you find those elusive Pokémon.