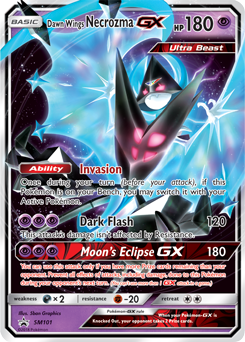 Once during your turn (before your attack), if this Pokémon is on your Bench, you may switch it with your Active Pokémon.

When your Pokémon-GX is Knocked Out, your opponent takes 2 Prize cards.