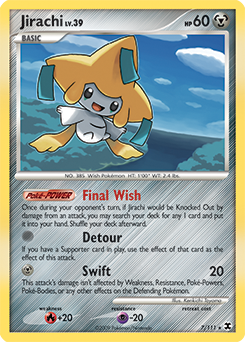 Once during your opponent’s turn, if Jirachi would be Knocked Out by damage from an attack, you may search your deck for any 1 card and put it into your hand. Shuffle your deck afterward.